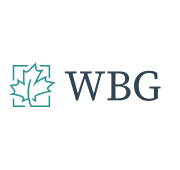 The founder and chief executive officer of Social Capital, Chamath Palihapitiya, said he would personally invest $100 million into the combined company.

Palihapitiya said in an investor call on Tuesday, “I have known Vivek (CEO of Clover) for almost ten years. As an investor, the most basic thing you need to know is this is the ultimate healthcare disruptor. We are going to fortify this balance sheet, so Clover has the ability to aggressively build and expand all throughout America.”

Clover Health provides Medicare Advantage plans in 34 counties across seven states, with its biggest market being New Jersey. Its plans received a three out of five Medicare star rating for 2020.

Unlike many other health insurance start-ups which promote narrow-network plans to lower costs, Clover Health has structured most of its plans as PPO networks. It advocates a software tool it has developed for primary care physicians as a way of reducing variability and healthcare expenses.

The company has also faced some challenges along the way. In 2018, Clover lost its former CTO and COO in quick succession. It later hired Andrew Toy, who sold his previous start-up to Google, as its CTO and president. Last year, after raising $500 million, the company cut a quarter of its workers, which it described as a restructuring to shift some of its resources to become experts in the Medicare Advantage market.

Woori BMO Group’s Head of Institutional Equity, Andrew Williams, reported, “Clover Health generated $462 million in revenue last year, an increase from $290 million in 2018. The company did, however, suffer a net loss of $60.57 million.”

Williams added, “Looking toward 2021, the company is projecting revenues of $880 million and 273,000 members. That is over four times the amount of its current memberships which is around 57,000.”

Clover will use the funds to boost the start-up’s growth, with the company planning to expand into 74 more counties and an eighth state next year.

To view the source version of this press release, please visit https://www.newsfilecorp.com/release/65615 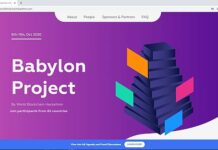 The Babylon Project concludes with developers from 65 Countries

The Babylon Project concludes with developers from 65 Countries

The Executive Centre launches the “Welcome Back to The Office” campaign

Showa Denko Markets PNVA(TM) ‘GE191 Series’ for Use as Binder to...

If Content is King, then TV and Streaming continue to vie...

OIO to launch blockchain consulting and development services in Indonesia