According to South China Morning Post, China’s digital economy is currently developing rapidly. As the information infrastructure is closely related to the development of the Internet, IDC demand has experienced strong growth, and IDC business revenue has continued to grow rapidly. GDS Holdings Limited (GDS), the absolute leader in China’s IDC industry, initiated its secondary listing amid the good timing of the industry’s development, and was officially listed on the Hong Kong Stock Exchange today, which has been enthusiastically sought after by market investors.

GDS actively makes its presence in the first-tier cities to seize high-quality resources. Its data centers are mainly located in Shanghai, Beijing, Shenzhen, Guangzhou, Hong Kong, Chengdu and Chongqing. All of which are major financial, commercial, industrial and communications hubs in various regions of China. In addition, the features of high power density and low PUE of the data centers owned by GDS can effectively help customers reduce their operating costs, proving that GDS has formed a strong competitiveness in providing services to customers.

The data centers operated by GDS rank among the top in terms of scale in China. As of June 30, 2020, GDS had operated 42 self-developed data centers, with a total net floor area of 256,750 sqm in operation, and had a further 17 new self-developed data centers with an aggregate net floor area of approximately 133,208 sqm. under construction. In addition, the Company has reserved a wealth of resources to be developed for subsequent scale expansion. As of 30 June 2020, GDS had an estimated total developable net floor area of approximately 323,014 sqm in the first-tier market, and has secured a further estimated developable net floor area of approximately 30,000 sqm in total in the first-tier market after June 30, 2020, leading the industry in terms of project scale and reserves, and these data centers are mostly located in the first-tier markets in China, which can provide customers with convenient connections, making the Company more competitive in providing services to customers.

Since its listing in the US stock market in 2016, GDS has been widely recognized by investors, and its market value has increased by nearly 8 times in just a few years, becoming the world top data center service provider in terms of market value. Behind the soaring market value, it is the investors’ recognition of the Company’s leading position and the confidence in its future development. GDS has also attracted numerous well-known institutions as investors. Hillhouse Capital, Temasek and China Ping An are impressively found on the list of its shareholders.

GDS is favored by the market by virtue to its leading advantages in the IDC industry. As of June 30, 2020, GDS served 673 customers, including hyperscale cloud service providers and large internet companies, a diverse community of PRC and foreign financial institutions as well as telecommunications carriers and IT service providers and large domestic private sector and multinational corporations, many of which are leaders in their respective industry verticals. In addition, its data centers are clustered across all of China’s Tier 1 markets and are accessible over all the major telecom networks, hosting all the major public cloud service providers, including AliCloud, Tencent Cloud, Amazon Web Services, Microsoft Azure, Huawei Cloud, Kingsoft Cloud, UCloud, QingCloud, JD Cloud and Baidu AI Cloud.

Benefited from the rapid development of the industry, GDS has achieved significant growth in recent years. Its net income increased significantly from RMB1,616.2 million in 2017 to RMB4,122.4 million in 2019, representing a compound annual growth rate of 59.7%. With the continuous advancement of China’s new infrastructure strategy, GDS is expected to maintain high quality and high speed growth on the basis of significant scale advantages and high growth potential recognized by capital, further consolidating its leading position in the industry. 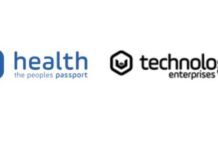 If Content is King, then TV and Streaming continue to vie...