The Jiashan China 2020 International Investment and Trade Fair was held at the Jiashan Yunlan Bay International Convention Center, Zhejiang Province on October 28th. More than 600 business people, including representatives of the relevant provincial and municipal departments, management of domestic companies and foreign businessmen from the UK, Japan, Germany, Italy and Spain attended the event. Jiashan County, one of the top 100 counties in China, has held the Jiashan Trade Fair annually since 2003, and has been ranked among the top 10 counties attracting foreign investment to Zhejiang Province for 18 consecutive years.

Opening the 2020 Trade Fair, Hong Hupeng, member of the Standing Committee, Jiaxing Municipal Committee of the Communist Party of China and Secretary of the Jiashan County Party Committee, pointed out that Jiashan was the brightest water town south of the Yangtze River. Jiashan supported and offered opportunity with favourable policies, first-class planning and innovative reforms. Jiashan encouraged entrepreneurship and innovation by introducing the best science and technology resources, and attracted high-end talent by bringing together the best public services and providing the best financial ecosystem. The future Jiashan is full of potential.

Contracts signed at the 2020 Jiashan Trade Fair included 59 industrial projects, among which 4 Global 500 projects and 3 projects over 10 billion RMB, with a total investment of 74.6 billion RMB, and a fund of 18 billion RMB was established. Both the quality and quantity were the most from past years, around the semiconductor, integrated circuits, high-end equipment, new materials, artificial intelligence, life and health, new energy and other key development industries, fully reflects the future trend of industry in Jiashan. 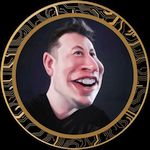