Elrond, the blockchain offering a 1000x improvement in speed, scale, cost and user experience, has announced its token eGold (EGLD) will debut in the eToro ecosystem on Wednesday, Dec 23rd, when it becomes available on the eToroX exchange. EGLD is native to the Elrond network and represents a medium of exchange between users & developers who pay to use the network and validators who take fees as payment for the services they provide.

Elrond earlier announced the launch of Maiar, its digital wallet and global payments solution, scheduled for Jan. 31. With these milestones, Elrond will position on a hypergrowth path, one toward mainstream adoption. In addition to crypto, the app will gradually provide the same features as PayPal, Venmo and Google Pay, but without collecting any personal information and charging negligible fixed fees instead of a percentage of the transacted value.

Elrond is a public blockchain that has delivered the first truly scalable sharding architecture solution, which is able to deliver more than 15,000 transactions per second (TPS) and can scale even further, having achieved 263,000 TPS in public tests. Elrond?s advantages are apparent: It is the platform that is best suited for creating the internet-scale blockchain, the future of the internet-scale blockchain.

Beniamin Mincu, CEO & Founder of Elrond Network said, “Bitcoin has proven that cryptocurrencies are secure and can serve an important purpose in the internet economy. Elrond opens up a new frontier offering internet-scale blockchain performance, and an intuitive application called Maiar, through which we aim to bring the next billion people to the blockchain space.”

About Elrond
Elrond, an internet-scale blockchain designed from scratch to bring a 1000x cumulative improvement in throughput and execution speed, introduces two key innovations: a novel Adaptive State Sharding mechanism, and a Secure Proof of Stake (PoS) algorithm, enabling linear scalability with a fast, efficient, and secure consensus mechanism. Elrond can process upwards of 15,000 transactions per second (TPS), with 6-second latency and negligible cost, to become the backbone of a permissionless, borderless, globally accessible internet economy. 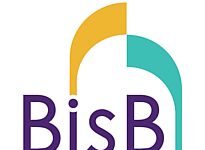