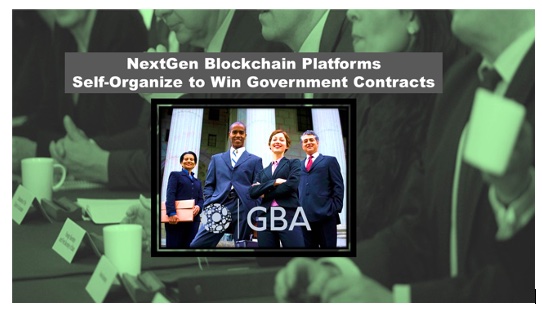 Over the past year, blockchain development communities have turned their attention towards winning government contracts.

Traditionally government program managers choose to work with the same few legacy companies. For example, there are currently over 4.1 million US Federal government contractors but of the $597 billion in prime contracts awarded in FY19, the top 10 government contractors received $173.4 billion according to Bloomberg Government. However, the COVID-19 Global Pandemic was a catalyst that necessitated governments from around the world look at bold and innovative new ways to solve problems from a more diverse community.

In March of 2020 the US Department of Health and Human Services hosted a virtual Pandemic Response Hackathon. This hackathon idea completely changed the former process of government acquisitions. The slow pattern of the past was rewritten to adopt to the chaos, uncertainty, and urgency of COVID. Government contracts went from a centralized channel to open and decentralized solutions coming in from completely new sources. A new way of doing business was introduced to the world stage, and in November 2020 the Indian Ministry of Electronics and Information Technology (MeitY), National Informatics Centre (NIC) held their own up a GovTech Hackathon. Throughout 2020, countless examples of crowdsourcing solutions contested the traditional procurement processes.

Along with new paradigms in acquisitions, 2020 brought explosive growth of decentralized development communities and platforms. Decentralized communities operate on independently run servers, rather than on a centralized server owned by a business. Initially, most blockchain solutions were private-permissioned blockchains dominated by a single vendor. One of the most popular government blockchain solutions is Hyperledger Fabric. Though it is technically an open-source project, almost 80% of software changes to Hyperledger Fabric came from IBM, demonstrating an ongoing dependence on IBM to maintain the code.

Lately, next gen blockchain solution providers have been self-organizing into working groups and communities to compete in the contracts space. The largest and most engaged of these decentralized communities is the Government Blockchain Association, with members in over 500 Government Offices, thousands of public and private sector members in 120 Chapters, and more than 50 Working Groups, and 25 Communities of Interests. They also host regular online and in-person events to introduce blockchain solution providers to government officials, promoting this new diverse community.

Some of these next gen blockchain leaders include:
– DragonChain – DragonChain is an enterprise and start-up-ready platform to build flexible and scalable blockchain applications. It has business-ready applications and developer-friendly integrations that support many applications including learning management systems, decentralized identity, and anti-fraud and compliance solutions.
– NEM – A community that has developed two blockchains. They are NEM NIS1 and Symbol. NEM NIS1 is the original blockchain offering from NEM, created by the community, and optimized to be a developer’s sandbox. With zero downtime or major outages since 2015, NIS1 is the blockchain you can trust for all your project needs. Symbol is the next-generation enterprise-grade blockchain solution from NEM, purpose-built to help businesses cut costs, reduce complexities, and streamline innovation. With major upgrades in flexibility, security, speed and ease of use, the Symbol platform is the best-in-class blockchain enterprise solution.
– Simba Chain – SIMBA Chain is a cloud-based, blockchain-as-a-service (BaaS) platform, enabling users across a variety of skill sets to implement decentralized applications (dapps). These apps allow secure, direct connections between users and providers, eliminating third parties. The easy-to-use platform is tailored for users, developers, government, and enterprises to quickly deploy blockchain dapps for iOS, Android, and the web.
– TON Labs – TON Labs is the core developer of Free TON, comprised of a decentralized team focused on developing the infrastructure and free software for TON OS. TON OS is a full-fledged, vertically integrated technology stack that helps developers work easily with the blockchain and makes it simple and intuitive for users.

Decentralized blockchain projects include the Government Business Blockchain Platform (GBBP). This multi-blockchain platform allows solutions built on any blockchain to connect and become available to governments around the world. Sub-set eco-systems include Emergency Management, Healthcare Delivery, and Citizen Services. Blockchain applications can interconnect on the GBBP, providing identity management, logistics, asset management, payments, and many other blockchain services.

These examples demonstrate how blockchain providers are working together, self-organizing into decentralized entities to build public-facing blockchain solutions. GBA groups regularly host online meetings to discuss their projects. Anyone interested in joining the discussion can find out more on the GBA Events Calendar or Events List. Later this year the GBA will be bringing World-Class Leaders to Washington, DC for Government Blockchain Week on Sept 27 to Oct 1, 2021.

For more information to attend a free online event called NextGen Blockchain Platforms (https://www.gbaglobal.org/government-business-blockchain-platform/) on March 17, 2021 or send an email to support@GBAglobal.freshdesk.com.

UOB Malaysia and The FinLab to accelerate digital transformation for women-led...