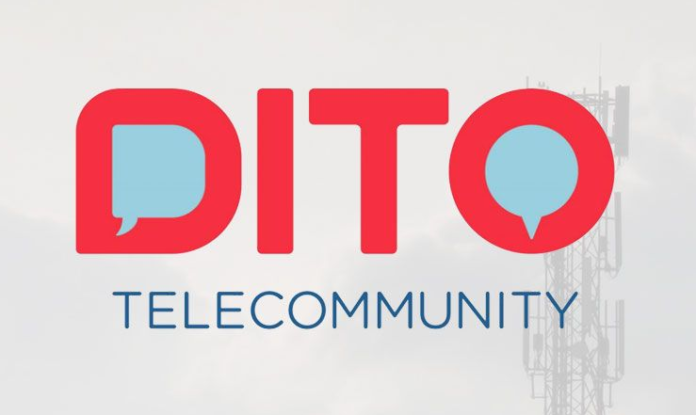 METRO MANILA – Do you want to avail of DITO’s free SIM promo and see for yourself how fast the telco’s internet speed really is? Or would you just want to try out DITO’s offerings before moving from your current telco provider? Check your cellphones / handsets first if they are compatible.

DITO is offering UNLIMITED data and DITO-to-DITO calls and texts for only P199 for 30 days. However, The offer is only available to selected cities in Cebu (Carcar, Cebu City, Consolacion, Danao, Liloan, Mandaue, Minglanilla, Naga, San Fernando, and Talisay).

In Davao, the offer is good in Panabo, Tagum, Carmen, Davao City, and Digos.

The offering is also only available to selected handset / mobile phone models. You can find out if your mobile phone is DITO compatible by checking the list below: 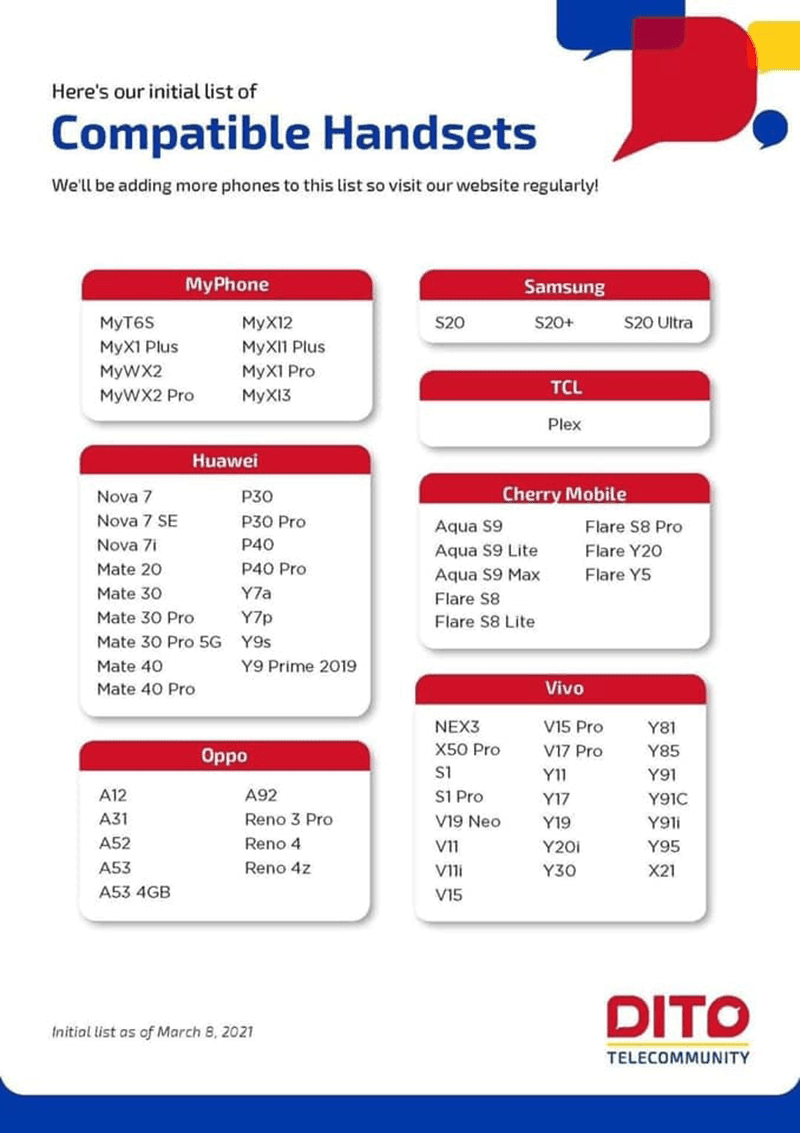 DITO is it will further roll-out its offering to more cities and towns around the Philippines and expand its list of compatible devices / mobile phones in the future.

Is the UNLIMITED offer a regular offer? DITO says No! This is DITO’s Welcome Offer. It will eventually be launching its regular offers.

In other news, DITO Telecommunity’s bid to become the country’s third major telco got a boost, after it passed the technical audit showing its network prowess with fast broadband speed.

In a statement, the National Telecommunications Commission said the group delivered on its first-year commitments.

The new player—backed by Davao’s Dennis Uy and state-run China Telecommunications—vowed to provide an average broadband speed of 27 megabits per second, covering 37% of the country’s population for its first year of operations.

Citing the findings of the technical audit conducted by independent auditor R.G. Manabat and Co., DITO’s average broadband speed hit a whopping 507.5 Mbps for 5G, and 85.9 Mbps for 4G.

UOB Malaysia and The FinLab to accelerate digital transformation for women-led...